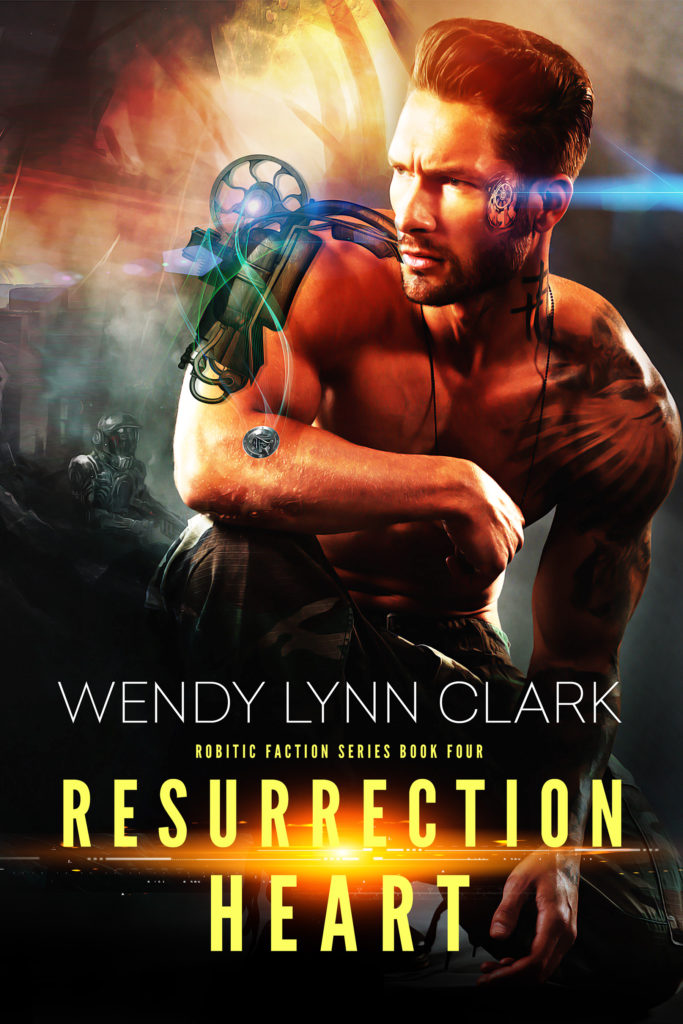 A mercenary with a chip on her shoulder. A cyborg warrior with an attraction stronger than his emotion-suppressing implants. Trusting in passion is the only way they will survive…

Talia’s a hardened mercenary owned by the Antiata Deterrence Company until she pays off her debt. She has found only one man worthy of her carefully guarded trust: reformed criminal Logen, the sexy gunner in her ragtag unit of misfits. He’ll never return her feelings, but his strong, silent gaze awakens her uncontrollable desire.

Logen’s passion-suppressing implants have been malfunctioning since the moment he laid eyes on the gorgeous, capable spotter. She sees past his ugly scars to the man inside and he wants nothing more than to wrap her sweet, hot body in his protective embrace.

But when he’s falsely accused of murder, Talia and Logen become targets on the run. The mercenaries must fight off robot assassins, hungry wildlife, and a growing mutual attraction that threatens their survival. Caught in the hostile jungles of a steamy alien planet, Talia must decide whom to trust with her life… and possibly her heart.

Resurrection Heart is the fourth book (chronologically) in the Robotics Faction saga, and starts an all new chapter in the series of sci-fi romance novels. If you like starships, robots, and hot romance, then you’ll love the latest offering from Wendy Lynn Clark.

Logen carried her. Lithe and graceful, strong and unstoppable. He sweated from the heat. The biceps she longed to curl her fingers around bulged from exertion.

She tried not to focus on the hard power of his thigh flexing between her damp legs. Or his body pressing against hers, forcing her to feel every inch of his masculine appeal. Or the soft grunts of exertion, sending her forbidden ideas of teasing other noises from him with her teeth and her tongue.

Tracing the bead of sweat down his corded neck with her tongue....

“Tell me your stents aren’t working,” she said suddenly, to keep herself from doing exactly that.

He grunted. “Not gonna.”

She leaned in to him and nuzzled his kissable ear. “Logen.”

He sucked in a breath. “What?”

“Logen...” She teased the sensitive lobe with her lips, giving in to her long-held fantasies. “Logen, tell me...”

He gripped the branch, swinging in place. His voice roughened. “Quit it.”

What a delicious catch. She flicked her tongue against his heated flesh, enjoying the quiver. “Or else what?”

She took the lobe between her teeth.

The long, hard masculine length of him pressed against her thigh. She gave herself greater license, spreading her hands across his broad back, dipping beneath the shreds of the uniform he had worn for his whole confinement. “Why don’t you come clean?”