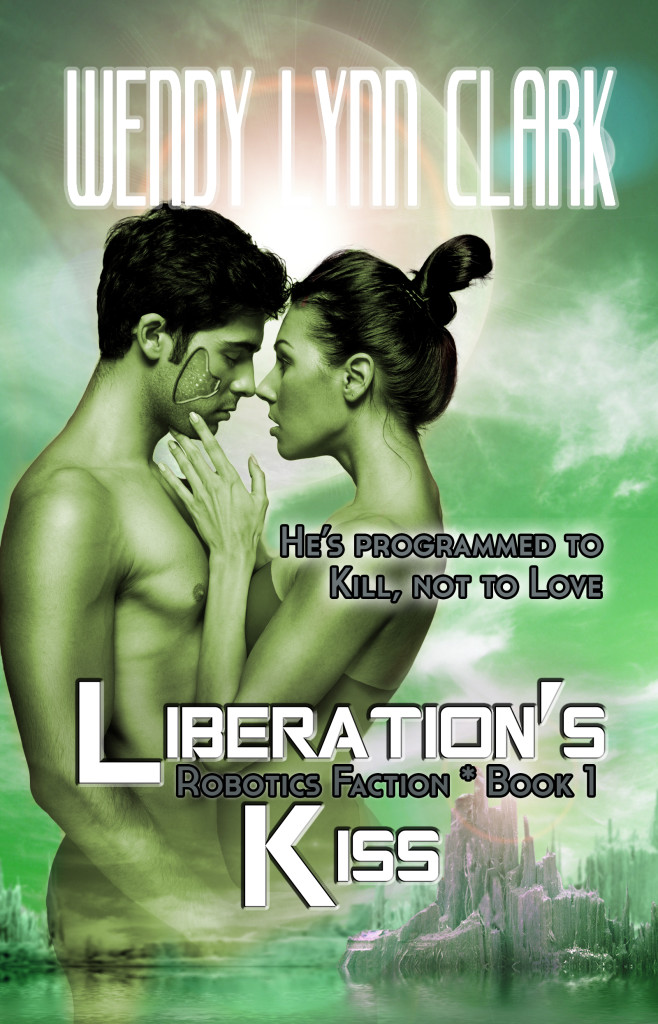 OMG THIS BOOK IS CRACK COCAINE. No, I am serious. Reading this was like opening up a vein and dumping in SFR goodness in its most emotional, roller-coaster form. I could not put down my Kindle. Someone had to pry it out of my hands before I pulled an all-nighter.

But like crack, not everyone will be able to get over the impurities. Every reader has to note the spelling and grammatical errors. They do get worse as the book progresses, but by then you will be so hooked that you won’t care. I saw the first error in the “Look Inside” preview on Amazon and I bought the book anyway, spending “full price” for an ebook, and it was worth the whole ride, impurities and all.

Words are misused. Verbs change tense in the middle of sentences. For example, “He ran into the room and sees two people,” or “She looked up and realizes she loves him.” By that time, I could’ve read word salad and still been racing for the finish. Oh, and if the author had cut her favorite way to start/end a scene, something to do with “Girls, it’s time for dinner/bed,” then I think the book would’ve been 30 pages shorter. But whatever. Skimming to find out what would happen next!!!

Back to the crack part. I think that, aside from the story and the characters and all of the good parts, the reason this book yanked my gut strings and glued my eyes to the screen is that it is one long wish fulfillment rant. You know when someone says something mean, and you feel hurt or angry, and then two hours later you think of the perfect comeback? This book is one long string of the heroine thinking of the perfect comeback, over and over and over again. Then she says it immediately. Everyone else realizes she’s right, the bad guy feels ashamed for being a jerk, and she wins. THAT IS THIS BOOK. From start to finish.

If you want the plot, go read the synopsis that’s included at the front. Then, if you don’t like it and you can’t handle the grammatical problems that you will definitely encounter, then stop immediately. It doesn’t get better – it only gets worse. But if you do like it, the whole book is just that good. Read it!

View all my reviews 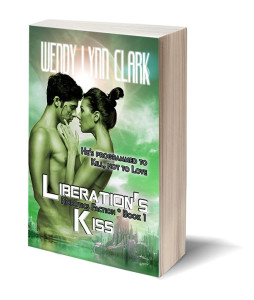 I’m so pleased to announce I’m heading in a new direction and publishing my very first science fiction romance! Liberation’s Kiss is an android love story about a woman who has ended up on a top secret Kill List and an assassin android who suffers the ultimate corruption when he fails to kill her and instead, falls in love. Preorder now for a special price!

(This has already been announced to my newsletter list. Want to be the first to hear? Sign up! I send a newsletter every other month or so with new releases, behind-the-scenes info, and free stories. Also, occasionally kitten pics.)

Why Science Fiction Romance? Anne McCaffrey has been my favorite author since sixth grade, so it’s only natural that I should eventually give in and write my own science fiction romance. I loved all her novels, but I was especially drawn to her Ship Who… and Rowan (telepath) series. These are set in space. The only thing I wanted in her novels was just a little more sex…

I wrote the first draft of Liberation’s Kiss as part of NaNoWriMo 2014, and it’s the one that won my local chapter contest. My editor said it was in great shape even in the first draft, requiring only minor tweaks, and it’s currently at my copy-editor.

It is a full-length novel and will be available on July 1st.