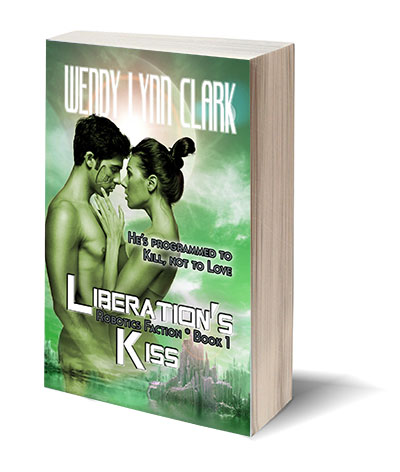 I have mentioned before that Liberation’s Kiss was my 2014 NaNoWriMo novel, which meant that I had the month of November to write 50,000 words on it to “win.”

(I actually wrote 64,000 words and finished the first draft. Thanks, Scrivener!)

But I didn’t start on November 1st. I actually “wasted” the first few days plotting out the structure of the story using Blake Snyder‘s beat sheets and watching one of my favorite movies, The Bourne Identity.

I love The Bourne Identity because it’s about a badass assassin who starts the movie as a lost soul and learns to become human again through the power of love.

Jason Bourne has amnesia from being shot and floating dead in the Mediterranean for hours. He has skills he can’t explain and he can’t trust anyone. But he has to rely on a young woman who is his exact opposite – clumsy, unlucky, too-trusting. He gets a second chance at recovering his humanity by learning to trust, love, and protect her from the very bad guys after him – his own former “team” of assassins.

I knew that was the structure I wanted for Liberation’s Kiss. An assassin robot encounters a mysterious agent who alters his programming and gives him the free will to choose whether or not to execute his target. Lost without the constant commands of his makers, he has to rely on a too-trusting young woman, who soon shows him the power of love to make a positive change. He gets a chance to explore what it means to be human by learning to protect, trust, and eventually love her. All the while, they are trying to get away from the very bad guys after her – his own fellow androids.

That’s the hero’s side of the story. But unlike Jason Bourne, my hero Xan is a robot. And in the same way that a robot can be given free will by altering a program, it can be taken away again by altering the program back…