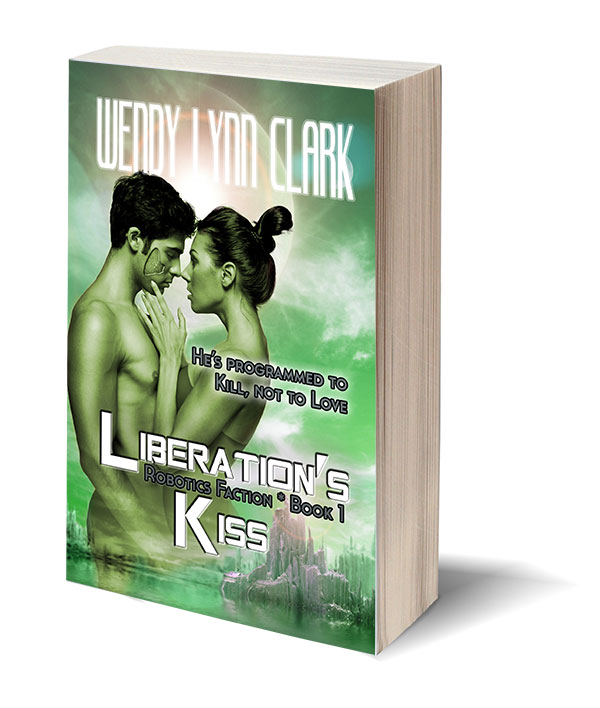 I have been working on my back cover copy. What do you think of this description? It will go on the back of the print book.

It is a time of great galactic change. The Old Federation has crumbled into smaller trade factions where the strong prey on the weak. Strongest of all is the “New Empire” Robotics Faction, with a monopoly on faster-than-light communications, android construction, and “smart” brain chips. And a mysterious agenda…

Cressida Sarit Antiata is only five years old when her diplomat parents learn that her name has appeared on the “Kill List,” a leaked classified document of dangerous individuals that the New Empire has marked for extermination. Calling in all of their connections, her parents smuggle her to a small but wealthy ore-producing moon where she grows up in anonymous luxury, secure that her brain data is not being transmitted back to the Robotics Faction.

Xan | Arch [x?98$4] is an x-class android with one mission: execute the target n81x, also known as Cressida Sarit Antiata. X-class are the most human-appearing, with actual biological components (skin, hair, fingernails, eyes) and extensive conditioning to look like sweating, swearing, rough-and-tumble everymans – but underneath they are entirely android. When a small moon is annexed by a more powerful trade rival and its data is uploaded into the New Empire’s banks, Xan’s mission turns to its final destination.

But when he arrives at the moon, something unexpected is waiting for him. Something that circumvents his execution order and forces him to protect Cressida instead. Something that gives him the free will to question his makers, control his destiny, and awaken his heart.

Please spread the word! I would love for everyone to get the preorder price, because it will be raised!